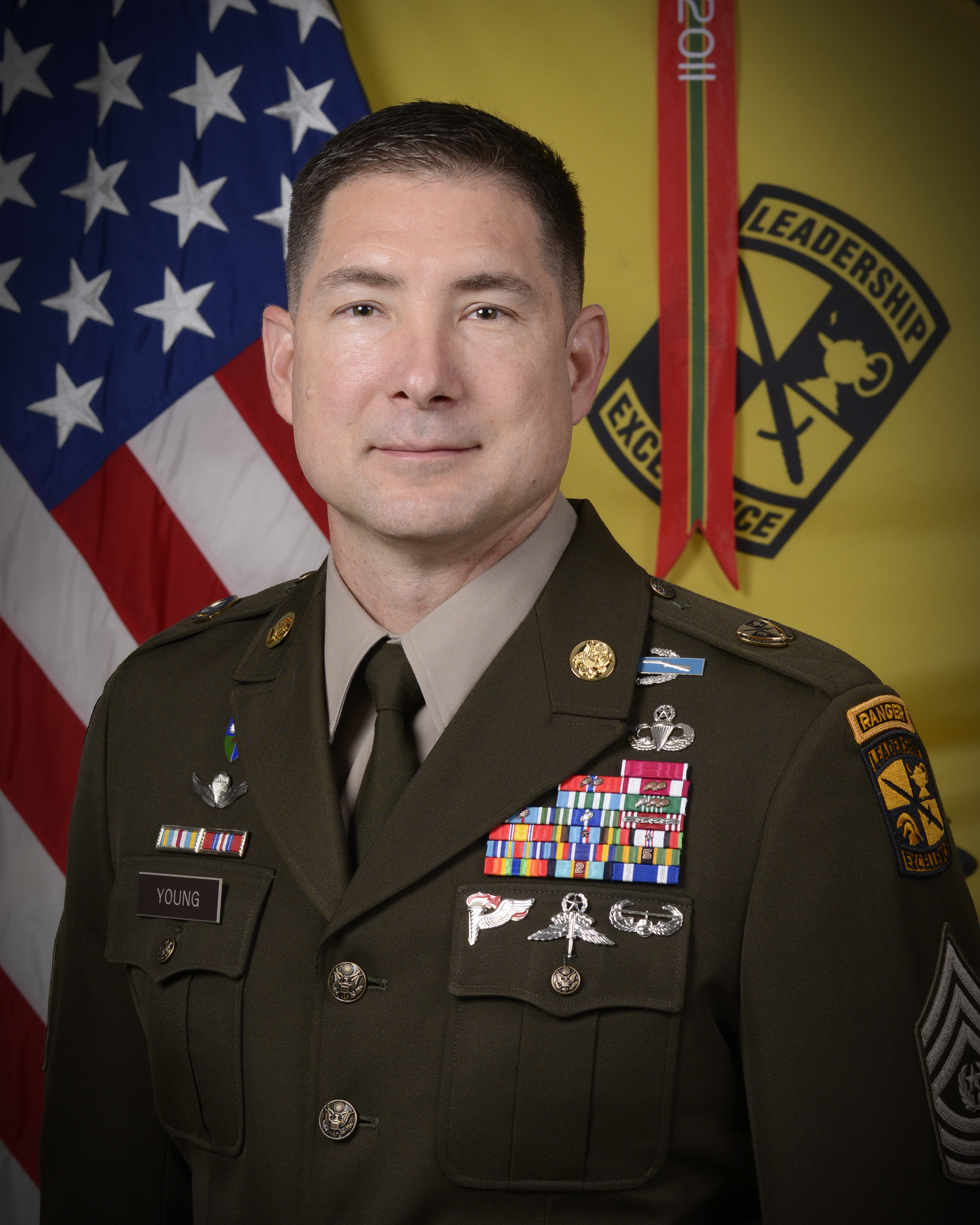 Select below for a printable copy of the Command Sergeant Major's official biography.

Command Sergeant Major Roy A. Young enlisted in the Army in 1996 as an Infantryman. A 1996 graduate of Tishomingo County High School in Iuka, Mississippi, he holds a Master of Arts in Human Service Counseling and Executive Leadership from Liberty University.