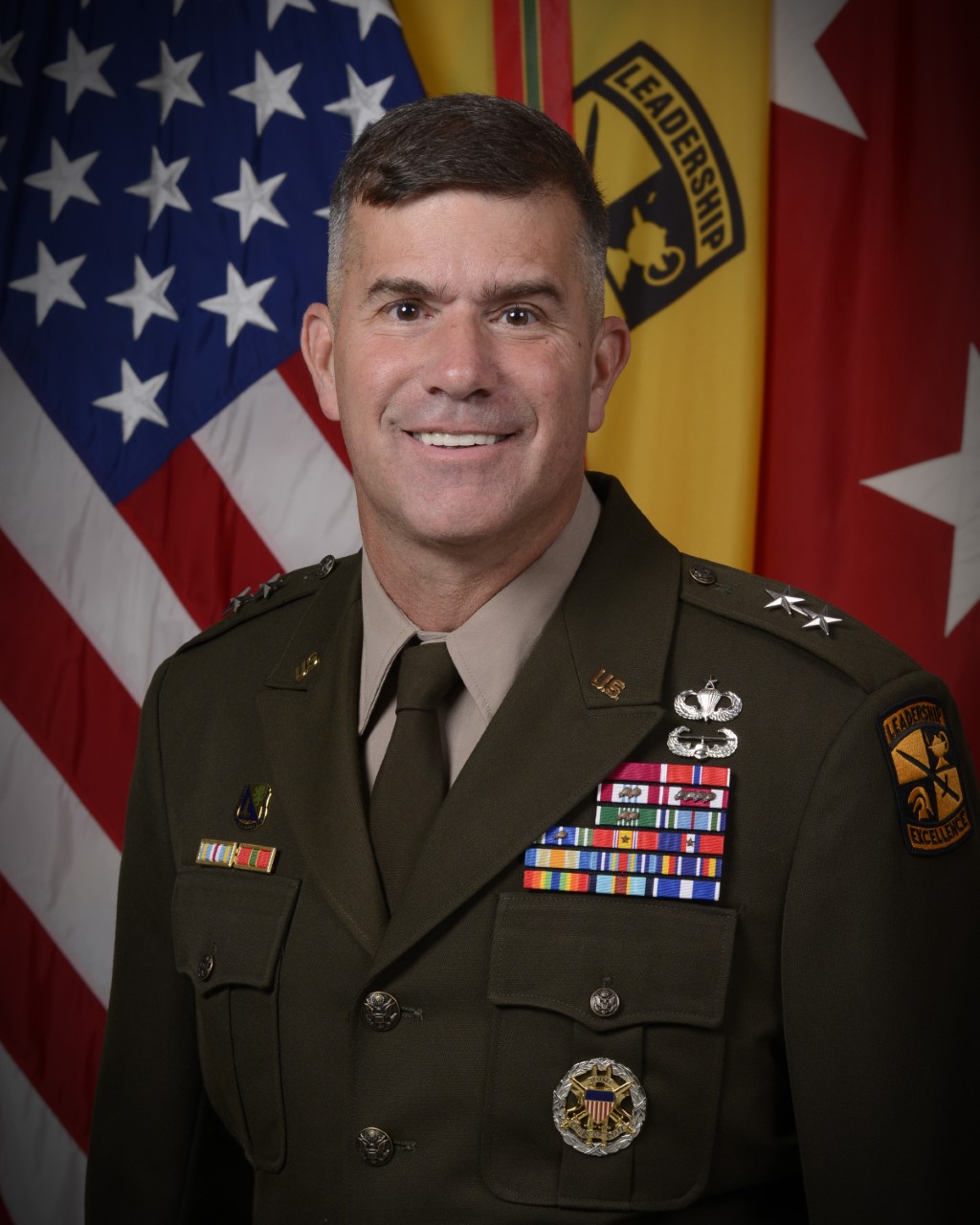 Select below for a printable copy of the Major General's official biography.

Major General Antonio (Andy) Munera assumed command of U.S. Army Cadet Command on September 20, 2022, at Fort Knox, Kentucky. As the Commanding General, MG Munera will lead Cadet Command's mission to select, educate, train, and commission college students to be officers and leaders of character in the Total Army and form partnerships with high schools to conduct JROTC programs to develop citizens of character for a lifetime of commitment and service to the nation.

MG Munera is a native of Fairfax, Virginia, and he received a Regular Army commission in May 1991 as a Distinguished Military Graduate from Shippensburg University in Pennsylvania. He holds a Bachelor of Science degree in History and master's degrees in Theater Operations and Strategic Studies. His military education includes the Chemical Officer Basic and Advanced Courses, the Command and General Staff College, the School for Advanced Military Studies, and the U.S. Army War College.

In his 31 years of service to our Nation, MG Munera has served in a variety of command and staff positions. His previous assignments include: Platoon Leader, Executive Officer and CBRN Officer in the 101st Airborne Division; Detachment Commander in the XVIII Airborne Corps; Infantry Company Commander and CBRN Officer in the 504th Parachute Infantry Regiment, 82nd Airborne Division; Company Commander in the United States Army Technical Escort Unit (CBRNE); Chief of Plans for the 20th CBRNE Command; Branch Chief in the Joint Requirements Office for CBRN Defense, J8, Joint Staff; Commander of the Radford Army Ammunition Plant; Commander of the 4th Maneuver Enhancement Brigade (MEB), 1st Infantry Division; Security Sector Reform Chief as part of the Office of Security Cooperation-Iraq; and Senior Military Advisor to the Deputy Assistant Secretary of Defense for Countering Weapons of Mass Destruction. He served as the 30th Chief of Chemical and Commandant of the U.S. Army Chemical, Biological, Radiological, and Nuclear School from June 2017 to April 2019 and as the Deputy Commanding General for the United States Army Cadet Command from May 2019 to May 2020. Most recently, MG Munera served as the eighth commander of the 20th Chemical, Biological, Radiological, Nuclear, Explosives (CBRNE) Command.

MG Munera is married to the former Tacy Clark of Bedford, Pennsylvania. They have two adult children and a grandchild.